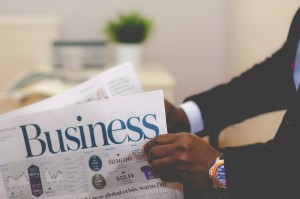 The Advertising Standards Authority of Ireland (ASAI) have today announced a change to their advertising standards code, and this 7th edition of the code comes into effect in March of 2016.

Perhaps it’s worth emphasising that IVVA members are not part of the tobacco industry.  We do not sell tobacco products, but rather an alternative that carries a vastly lower risk. Our members therefore would have no interest in promoting our competitors’ products.

The new code can be viewed here, and the section the pertaining to e-cigarettes begins on page 105.

The majority of e-cigarettes are currently sold as consumer goods, however advertisers may seek a medicines licence for their product from the Health Products Regulatory Authority (HPRA). The rules in this Section also apply to marketing communications for electronic cigarettes which are authorised by the HPRA. For products authorised as medicines, the rules in Section 11: Health and Beauty also apply.

Depending on the formulation of their product and the means by which it is supplied, advertisers may have obligations relating to their advertising under chemical classification, labelling and packaging legislation. Advertisers are encouraged to take legal advice to ensure compliance with the law.

Among the measures included in the code are the following:

Marketing communications for e-cigarettes should be socially responsible.

Marketing communications should make clear that the product is an e-cigarette and not a tobacco product.

Marketing communications should not encourage non-smokers or non-nicotine-users to use e-cigarettes.

Marketing communications should not be directed at people under 18 through the selection of media or the context in which they appear. No medium should be used to advertise e-cigarettes if more than 25% of its  audience is under 18 years of age.

Advertisers should not use health professionals or celebrities to endorse electronic cigarettes.

Marketing communications should state clearly if the product contains nicotine. They may include factual information about other product ingredients.

The IVVA broadly welcomes the new code for advertising vaping products set out in the revised ASAI code.

E-cigarettes contain no tobacco, no tar, and involve no combustion of burning material.

In order to maintain the massive public health gains that these products offer in reducing the harm from smoking, it’s important that advertising restrictions be proportionate.

Reaching adult Irish smokers with socially responsible advertising of these alternative products that carry such a lower risk profile compared to tobacco cigarettes, is vital.